For similar examples see J. Seymour Lindsay, Iron & Brass Implements of the English House (1970), Figures 392 - 396. It is noted on pp. 69 - 70 that 'pipe kilns are wrought iron racks used in the process of cleaning the long clay pipes (often known as Church Warden Pipes). They are usually made with three rings connected by a flat bar top and bottom, with a ring to form a handle; the frame standing upon four squat legs...When the pipes became foul with tobacco juice they were not thrown away, but were laid, as many as two or three dozen at a time, in a rack and then placed in a very hot oven until thoroughly baked, when they would be taken out quite clean and more agreeable to smoke than a new pipe.' 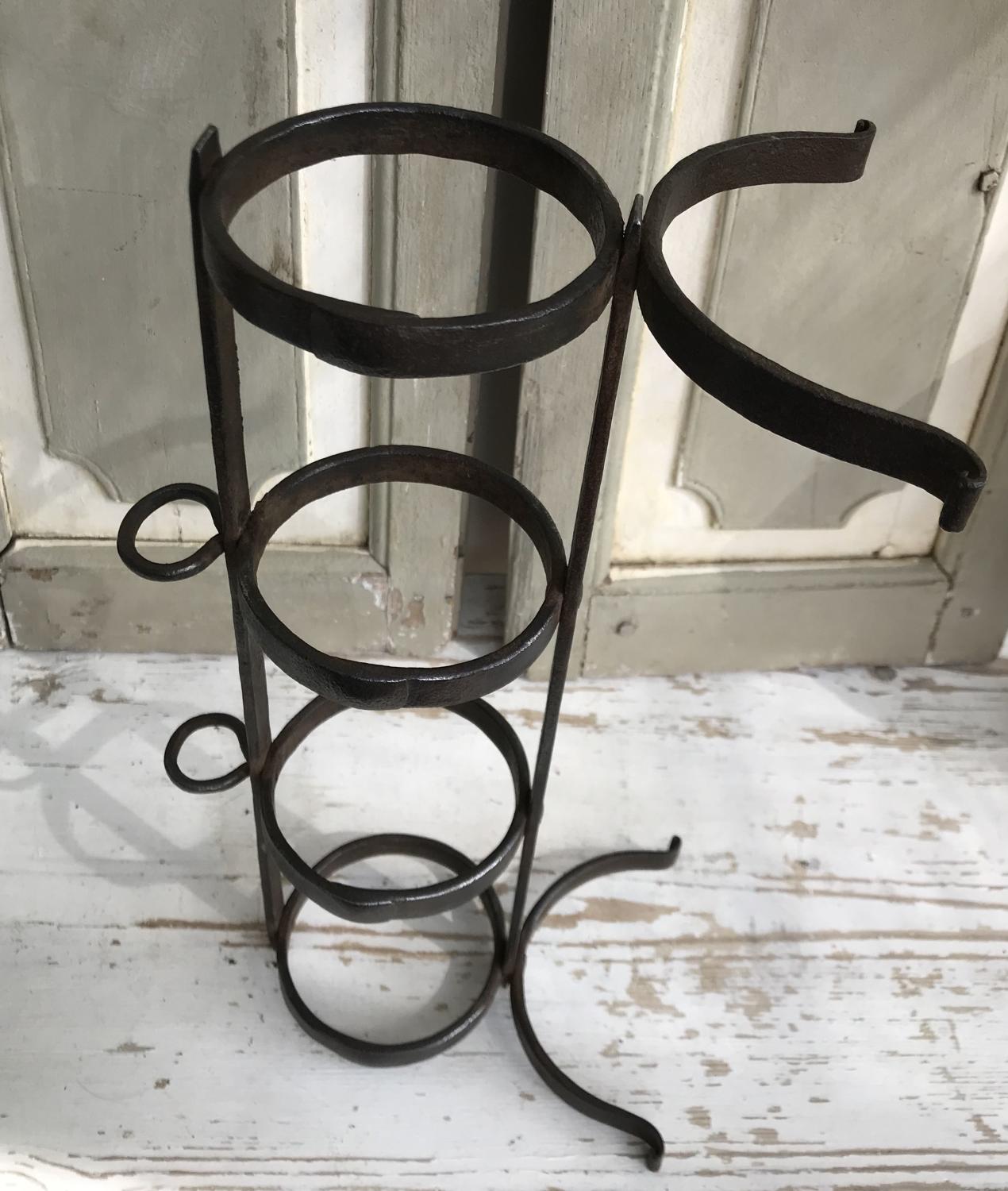 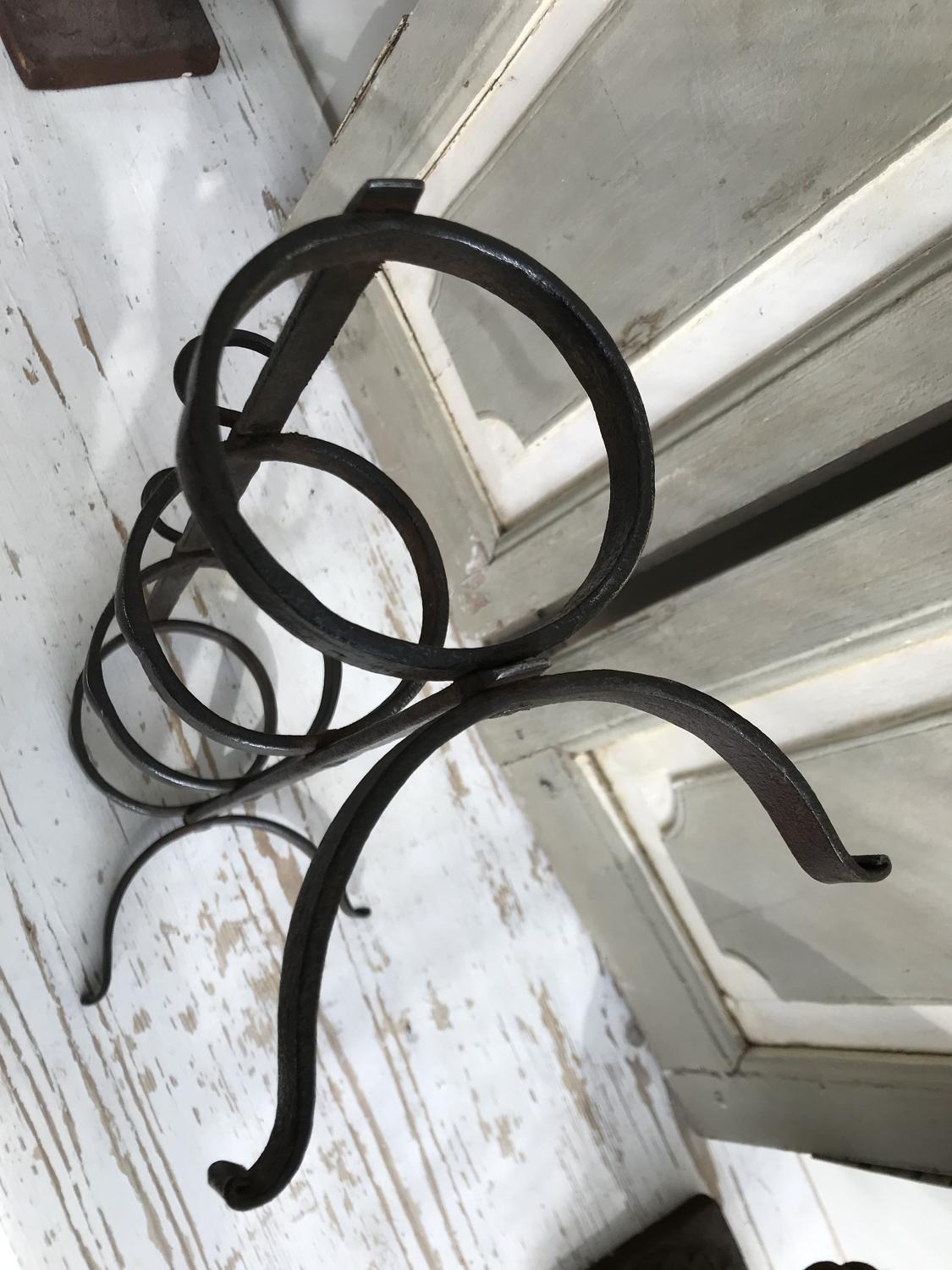 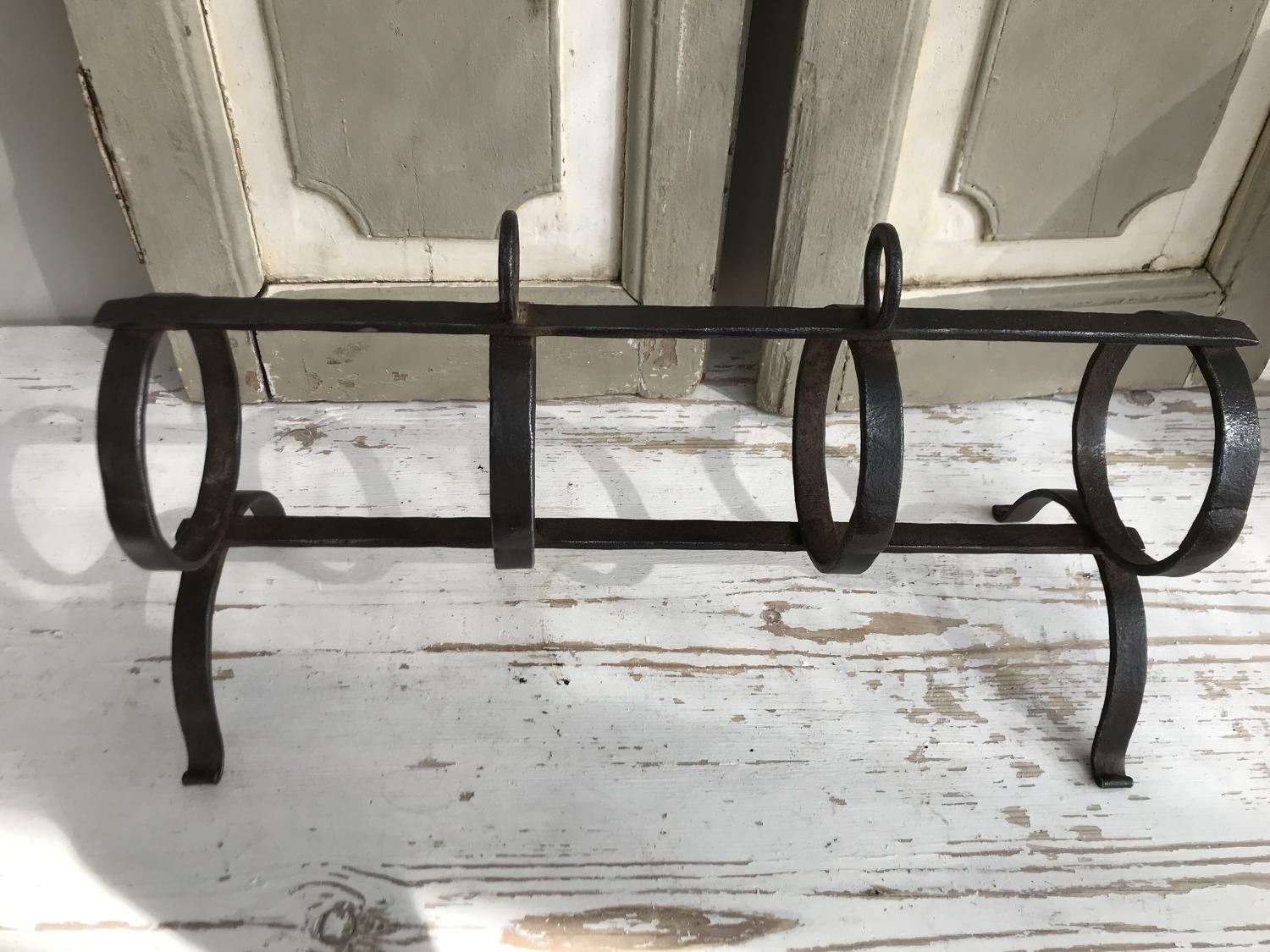 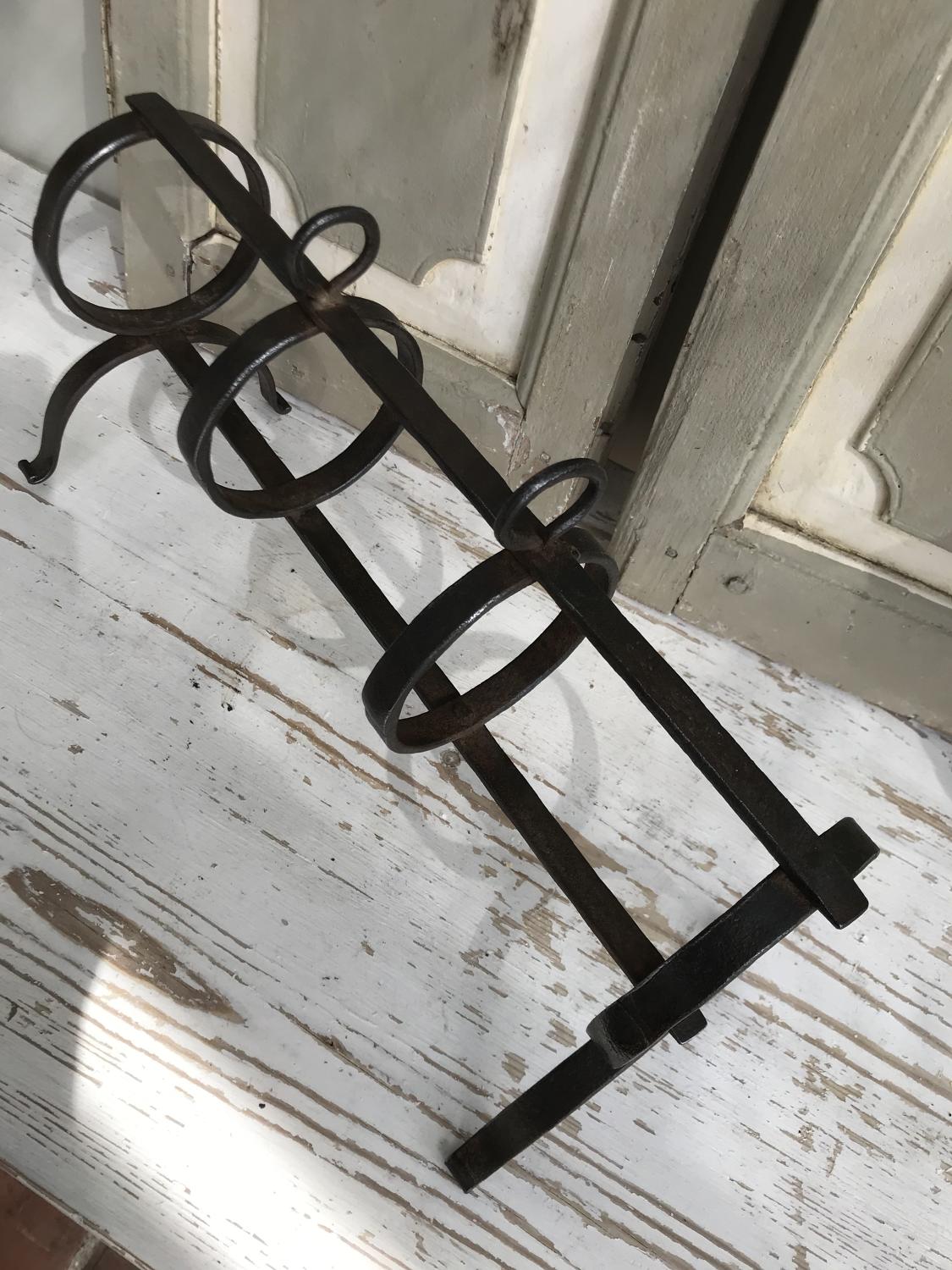