These wonderful Folk Art  items are now very rare to find in such good condtion. I have only had a handful in over 30 years of collecting!

Made of linen this Smock is of a classic style having simple cut through pockets either side and complete with old Mother of Pearl buttons to collars and cuffs. The front has a large smocked panel wth zigzag stitching. There are stitced panels running down either side with an acorn design that I have not come across before. The smocking is echoed on the shoulders, collars and cuffs. The gathered smocking allowed for stretch in this working garment. This smock is reversable being the same front and back.

Smocks had become deemed 'too old fashioned to wear in England after about 1880' so these early garments were discarded. There was a sense of pride in wearing a hand made smock and the detailed stitching could vary in regional patterns to different parts of the country. Smocks would have traditionally been made by the Shepherd's wife and had hours of work to make. I think it is for this reason that they were folded up and stored away after use and handed down through the families like a piece of needlework.

This smock is shown with an original country cotton Neckercheif which is not for sale as it was handed down to me by a dear friend to adorn the smocks in my collection. Modern versions of these are easily available online.

This is my last and final smock from the famous Norris collection. There is evidence of use and original repairs. there are two buttons that have broken on one cuff which are easily replaced however this garment is sold as a piece of english social history so it is important that it remains as authentic as possible. Likewise there are some areas of slight discolouration.

Hung in a hallway with a good crook, a Clucket Bell and a neckerchief they really set the scene of the old shepherd.

Not to be confused with the French linen shirts this is a 'must have' for any serious shepherding collector! 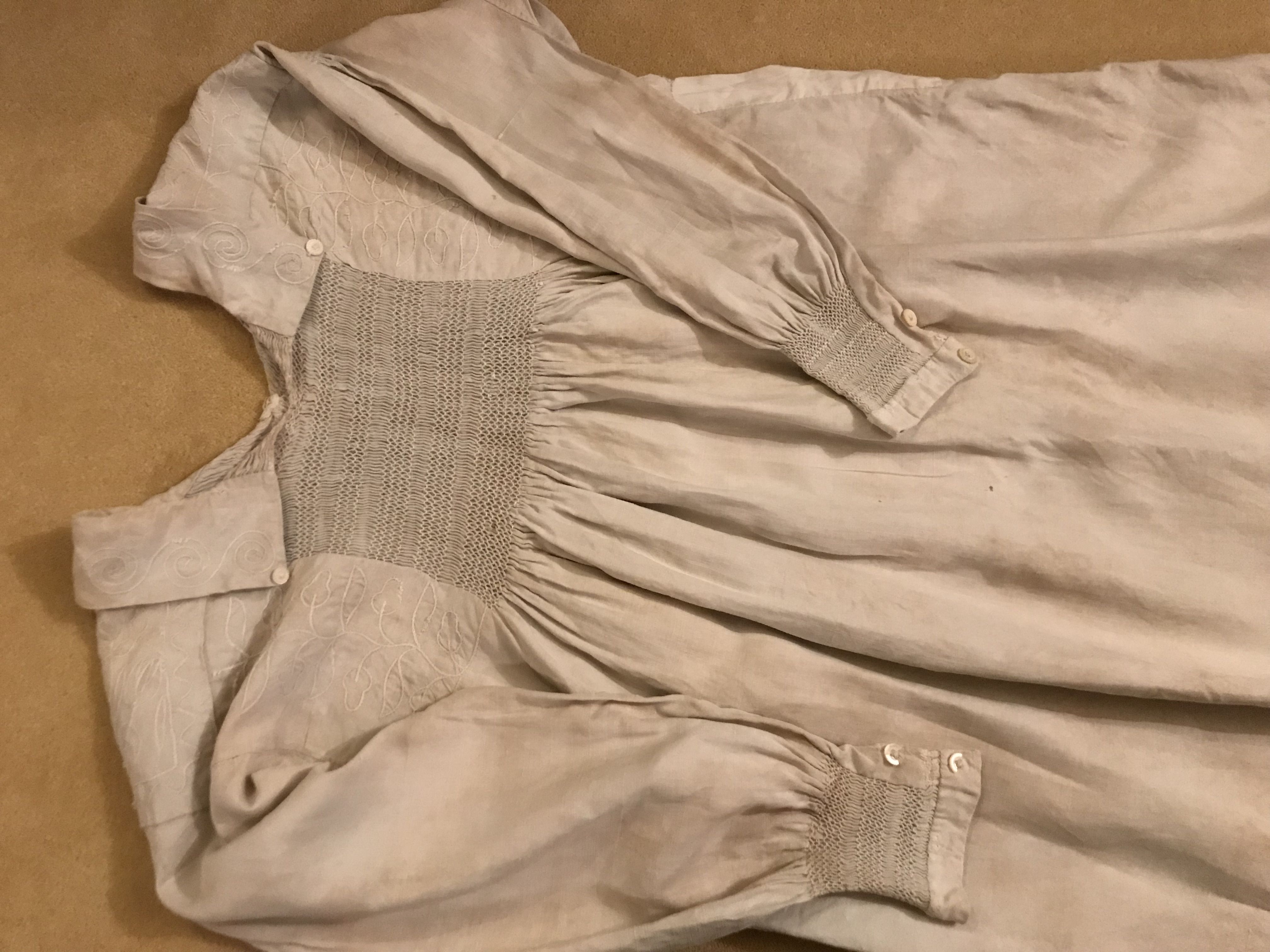