Very nice example of a Thatcher's Wimble also known as a Throw Hook or Scud Winder. Used to make straw string to tie Corn Stooks and thatching. This example has clearly come from a former museum as it has it's number painted in place still. The wood looks to be a Fruitwood though the far hook end must have worn away as it has been replaced at a later date with a different wood, though all original.

I have a collection of these and they come in all shapes and forms and are much harder to find than the later twist iron versions. 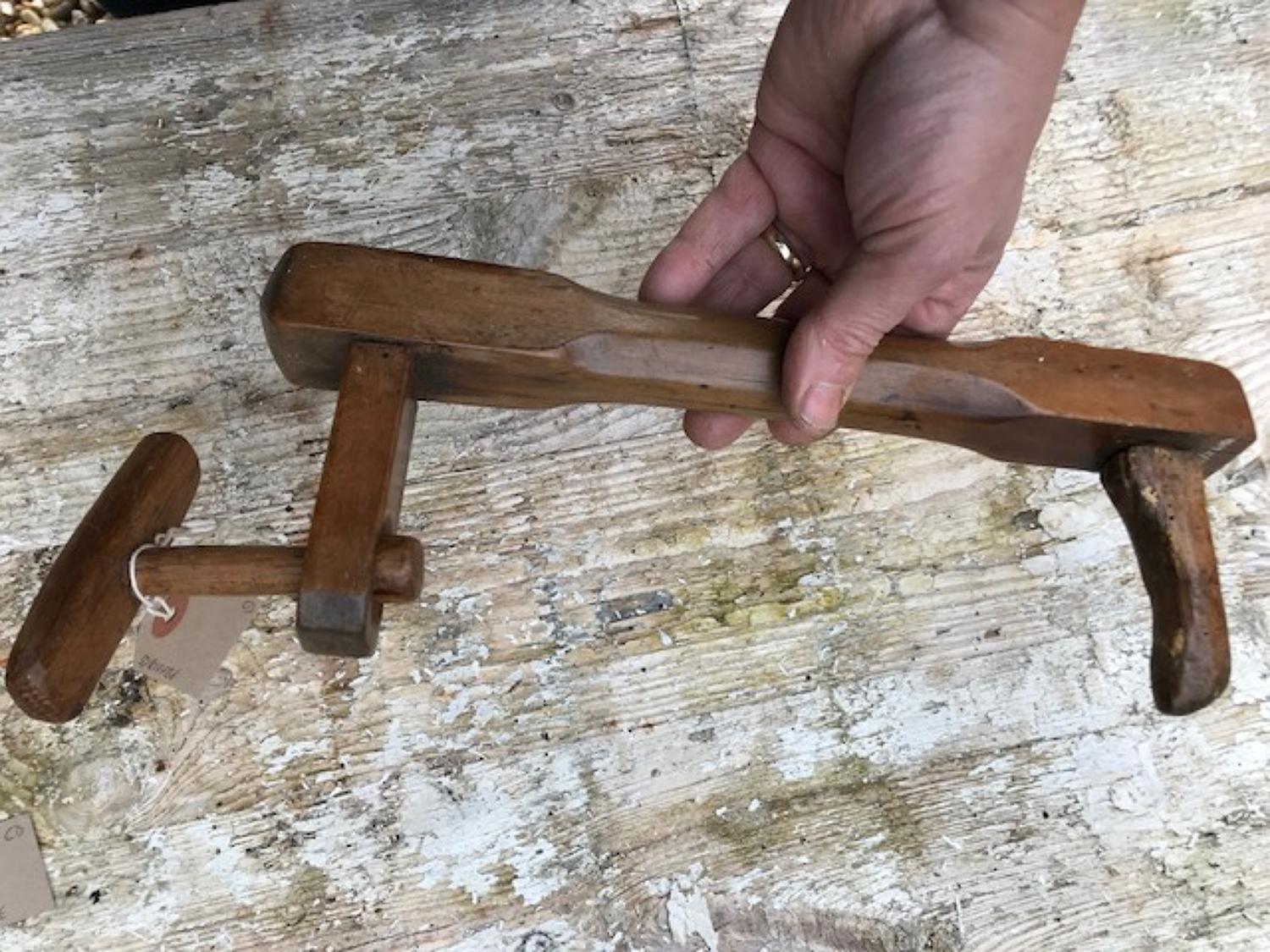 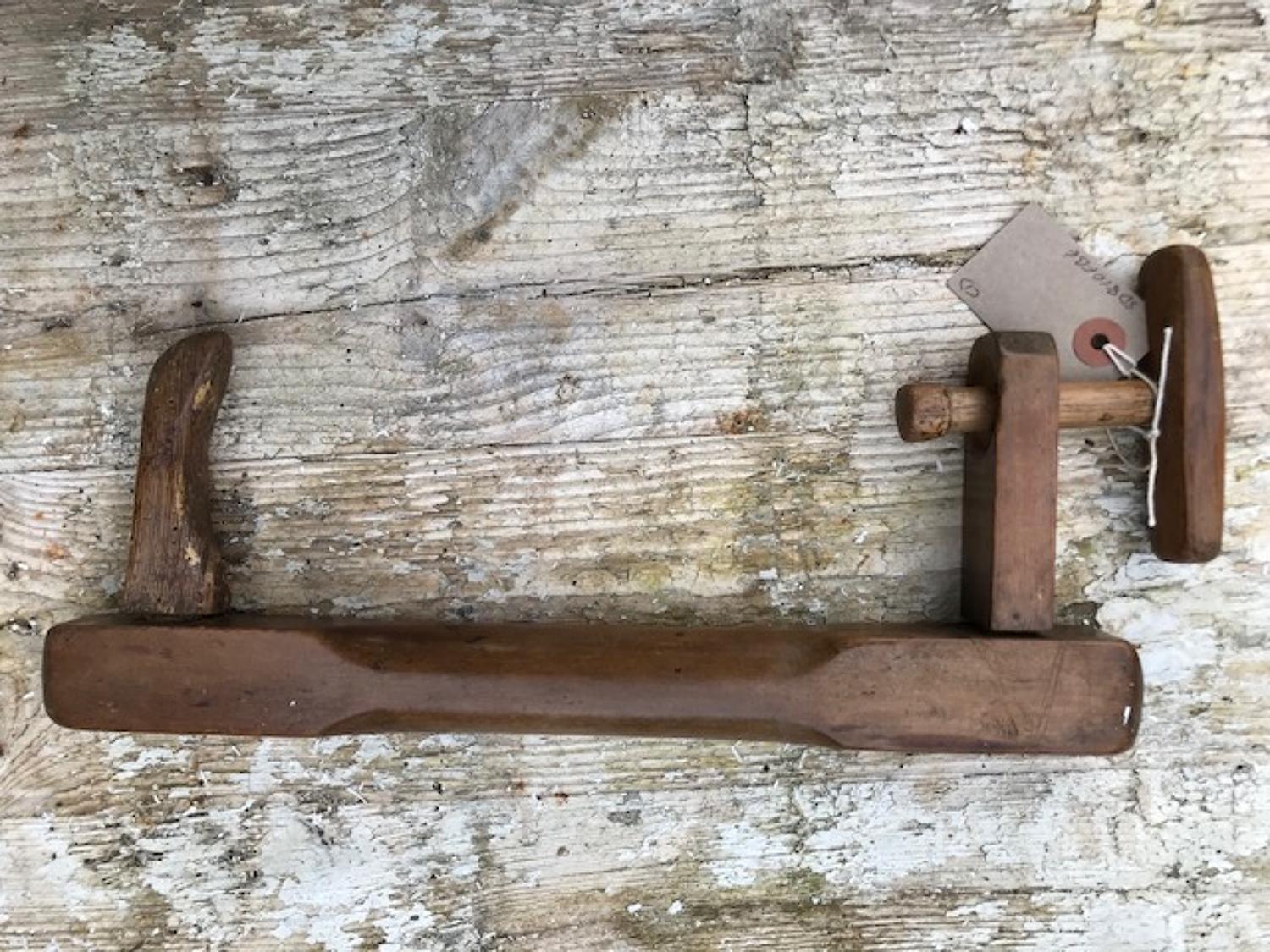 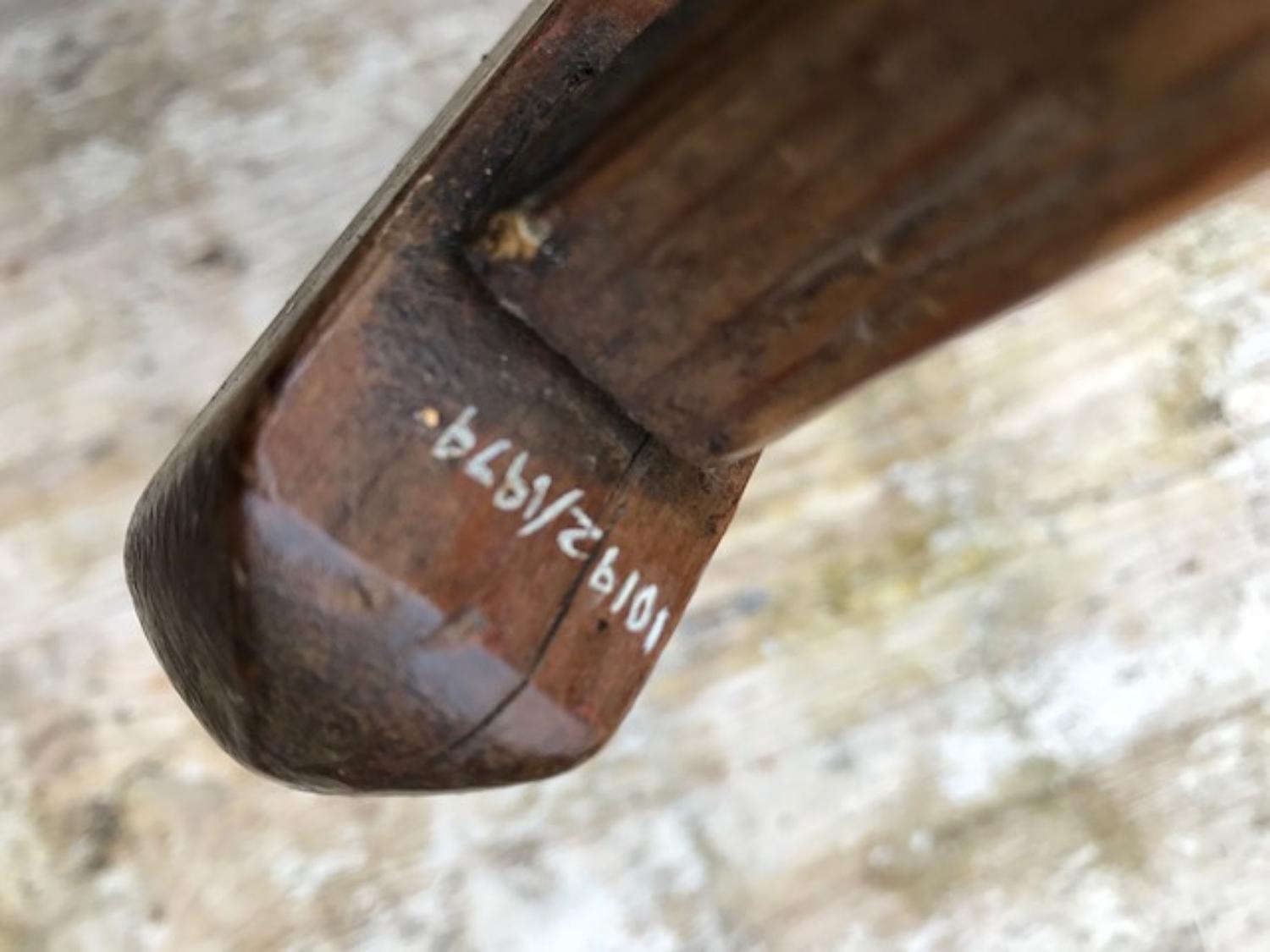