Normally if a crook has a manufacturer's mark on it, it means it has been faked and reworked from a garden hoe. This crook is all original and an example of one of the early manufactured ones from a tool maker. it is a simple lambing crook, unfussy and probably dates from early 1900's. I am not sure  who the maker is T.S. but no doubt someone will tell me.

Crook E in the group pic. 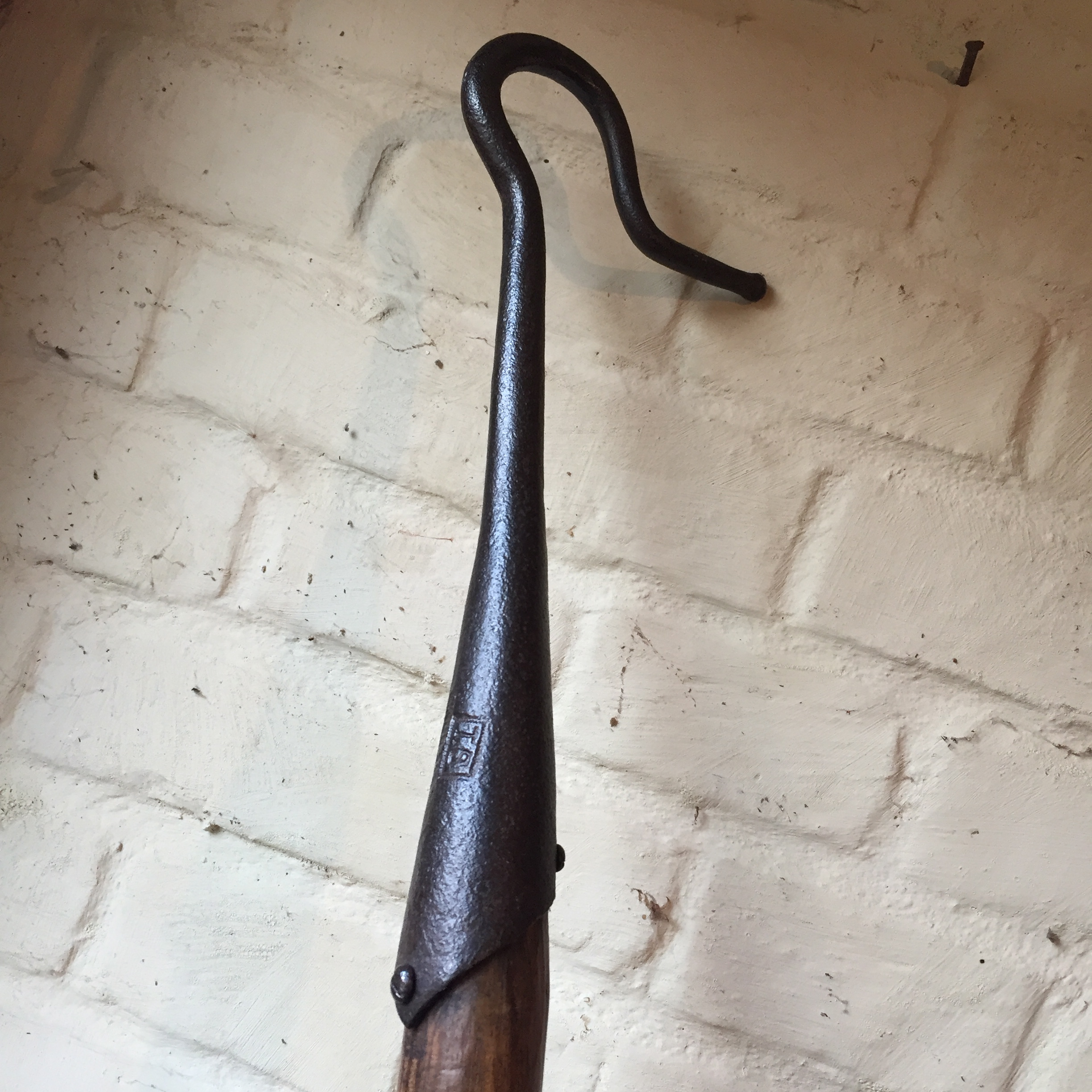 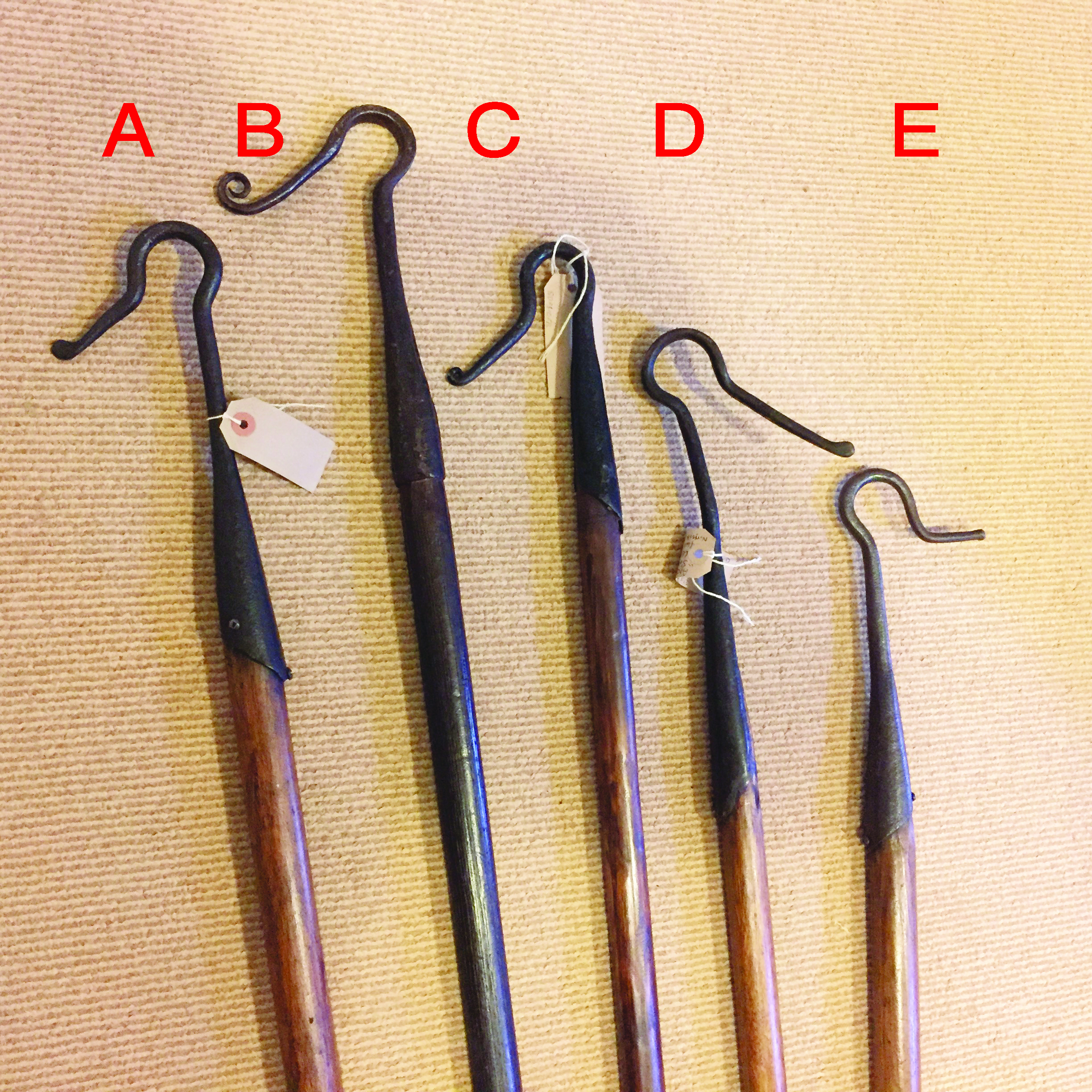