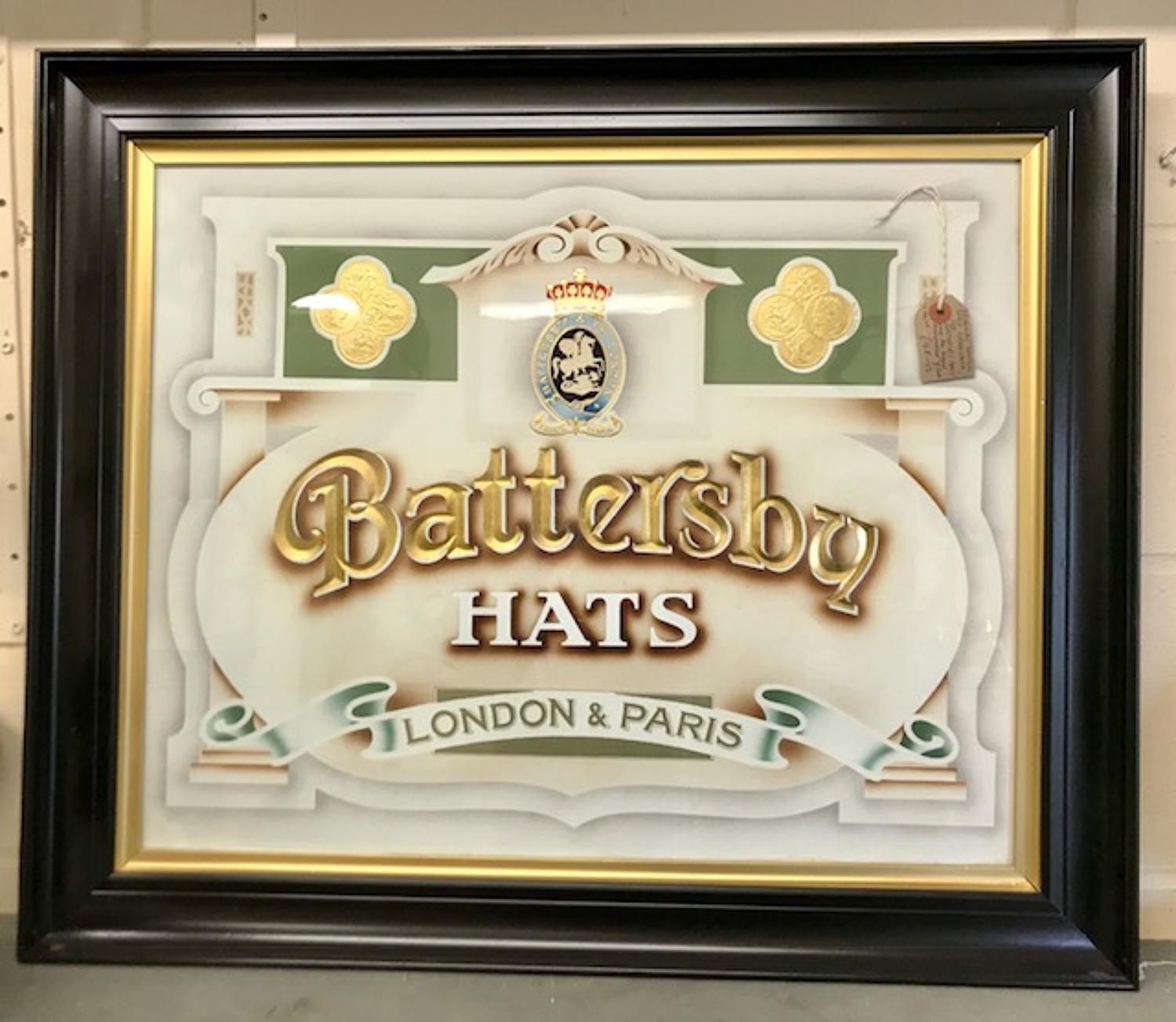 This is a stunning advertisment for what was once Britain's biggest hat manufacturer. This advertisment originally hung in the supplier's shop and has been beautifully printed with gold foiling and embossing. It is in it's original frame with gold slip and really catches the light

At one time, the firm was one of the largest hat manufacturers in Britain with an international trade. Battersby's Hat Factory in Offerton, Stockport, first appeared on Ordnance Survey maps in 1895. At one time, they employed over 1,000 people and the company had the capacity to produce 12,000 hats per week. They had London offices in Nicholl Square, EC1, and later at 5 Roseberry Avenue, London, EC1. 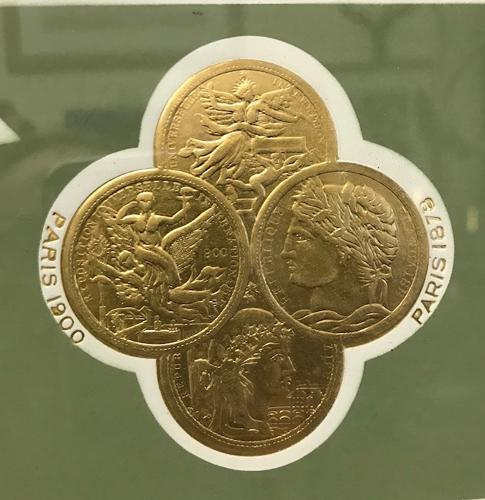