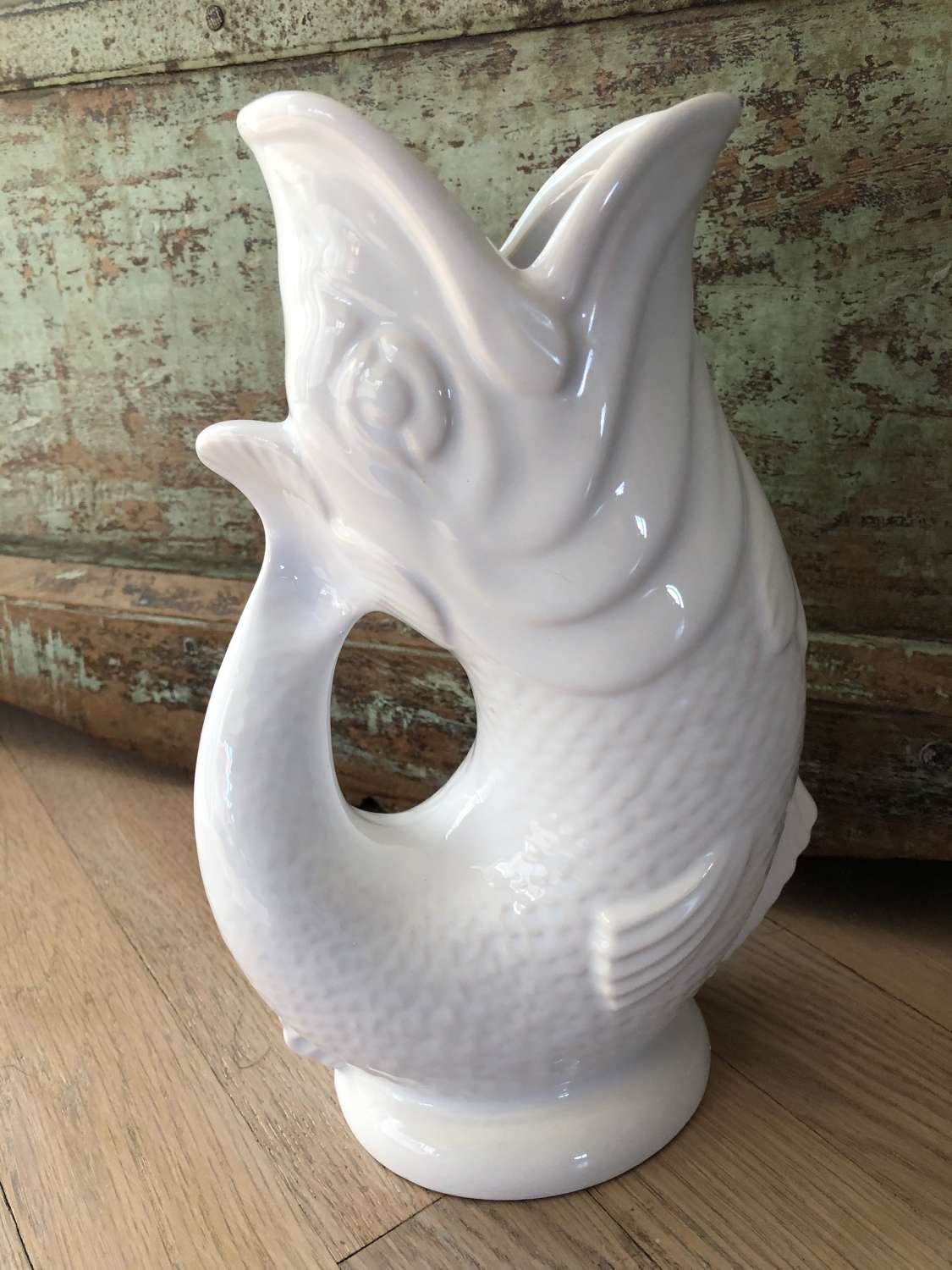 Variously called a glug jug or Dartmouth fish, the gurgling jug first appeared in 1953 and quickly became a best seller. This water jug takes the form of a fish with detailed scales with open mouth pointing straight up for pouring and with a curled up tail providing the handle. The jug is representative of various fish: perhaps a “little gurnard in the head, some bass for the body and a salmon-like tail.” The “gurgling” sound is produced when the jug is tipped up and it was designed in such a way that trapped air escapes from the tail as the liquid is poured. The jug, certainly a conversation piece to grace any table, was advertised as  “a novelty which always attracts attention” and certainly this is still true today.

This is a good example in classic white glaze. Marked Dartmouth Devon England on base 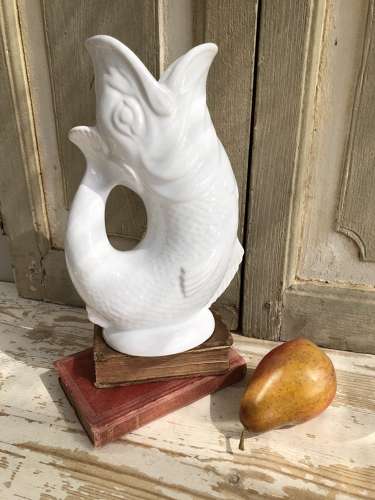 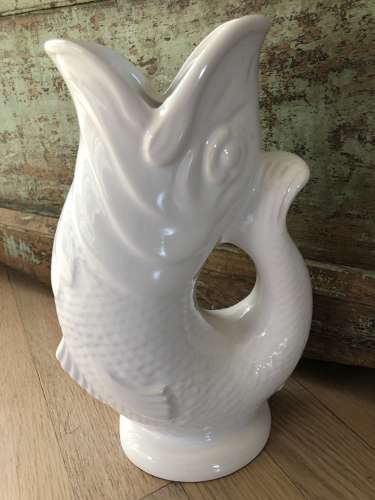 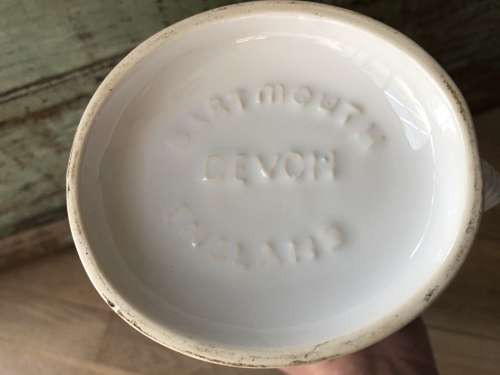 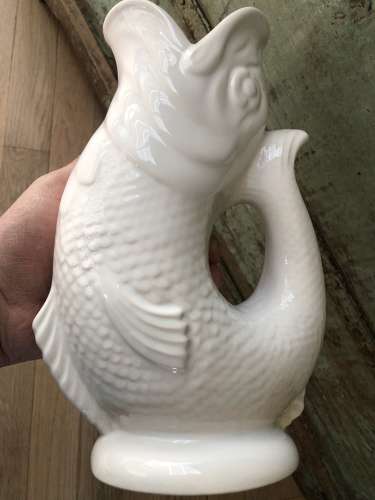 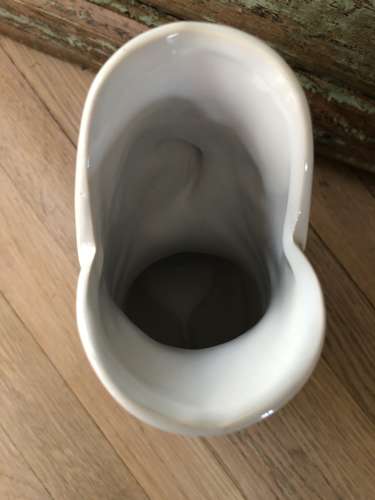