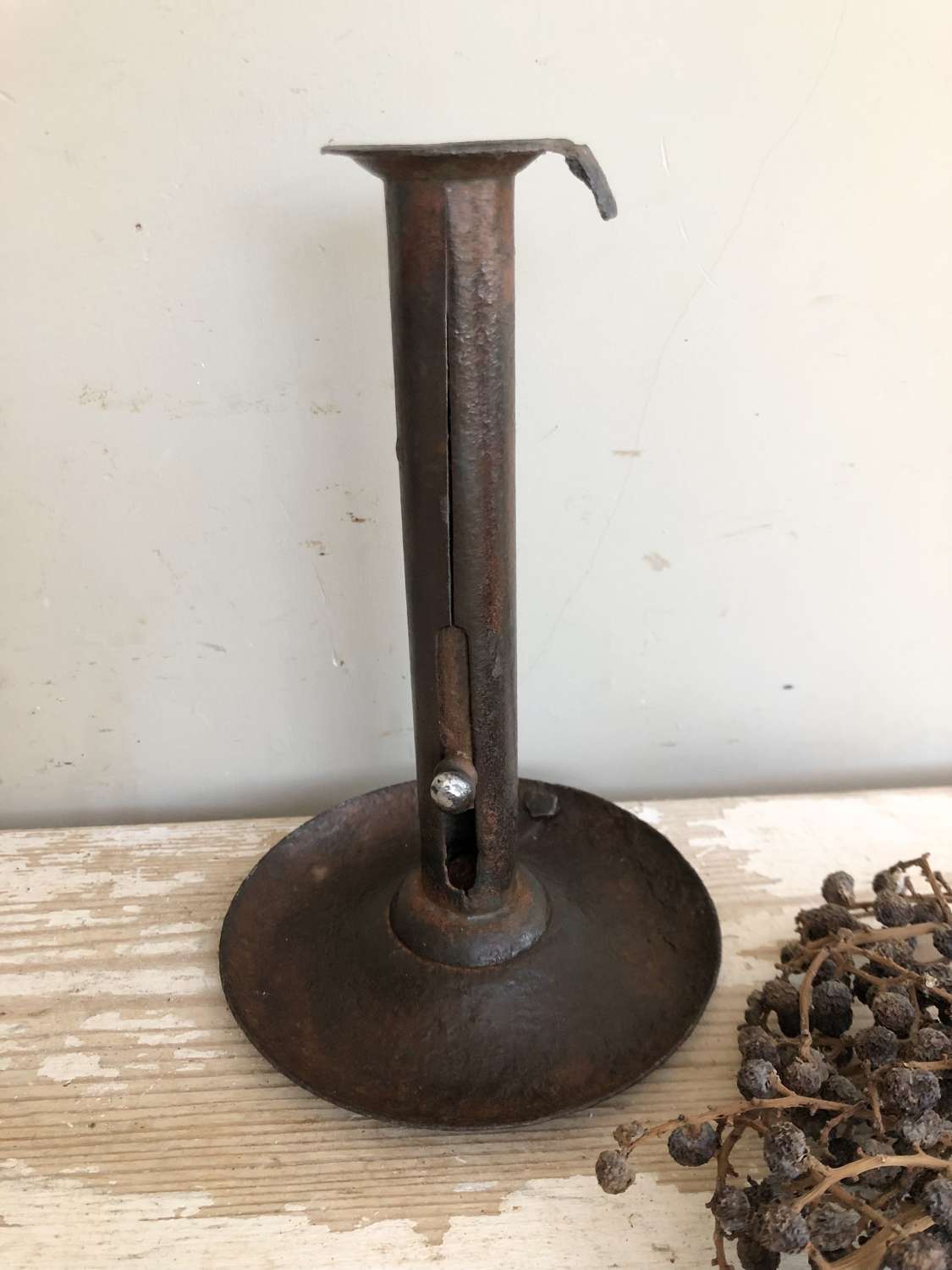 When a pig was killed it was rolled in hot ashes and these scrapers were used to remove the bristles in a circular motion. When they were not being used they doubled up as candlesticks. The earlier examples had the downward-facing scraper. Later derivations had the cup facing upwards and were just for lighting only. 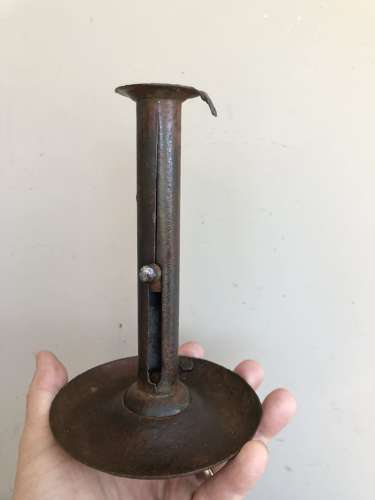 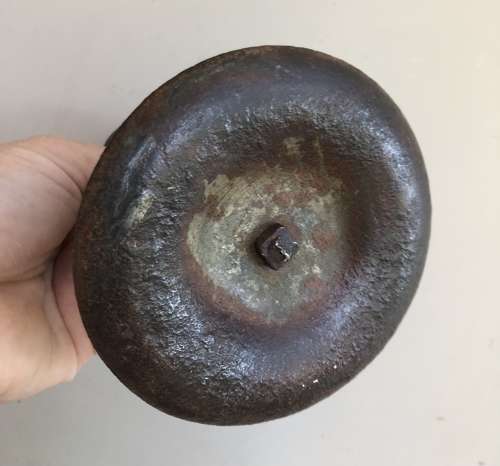 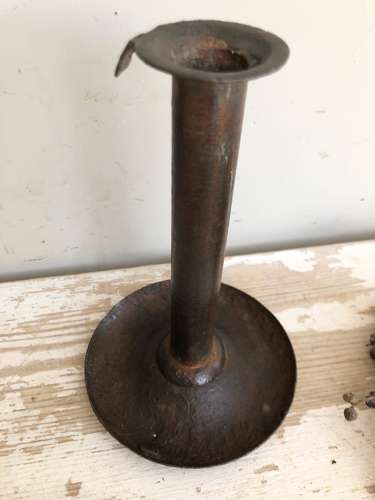 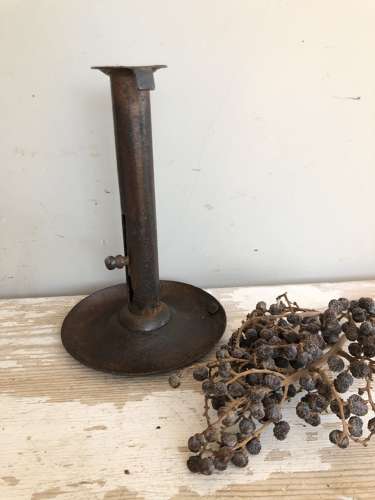