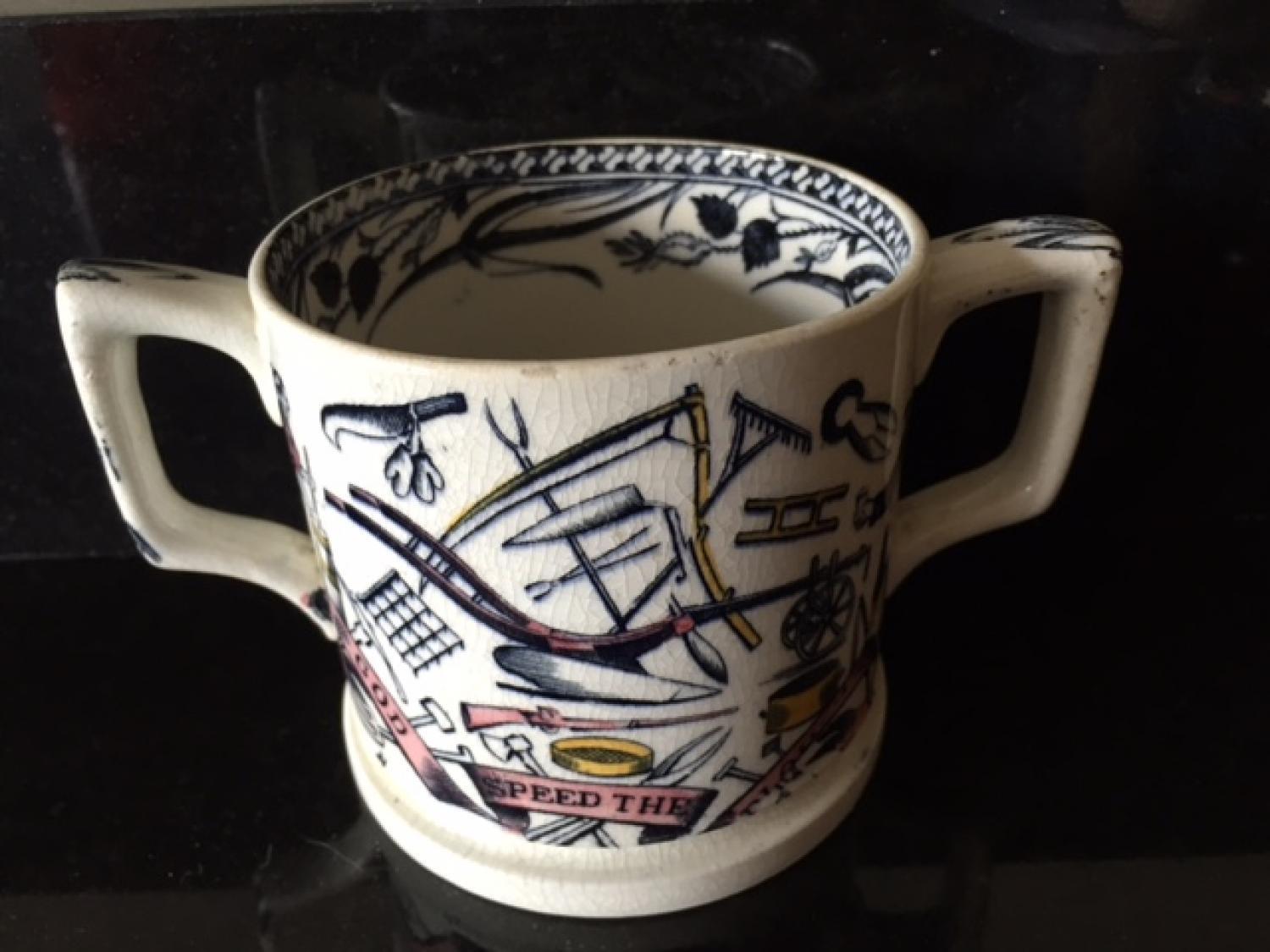 For many generations Cider formed part of the way of life among farming communities over a wide area of the West Country.Cider was made on individual The cider was drunk from traditional Cider Mugs of varying design and capacity with one, two or three handles.

The 'Farmers Arms' mugs bear an agricultural theme and were used extensively in the cider drinking areas of the West of England almost two centuries ago. The two handles serve for passing the mug from one person to another in the friendly atmosphere of the Cider Cellar.

The mug has farming images and the verse:

Let the Wealthy and Great

Roll in Splendour and State

I envy them not I declare it

I eat my own lamb

My chickens and ham.

I shear my own fleece and I wear it

I have lawns, I have bow'rs

I have fruits, I have flow'rs

The lark is my morning alarmer

Long life and success to the Farmer.

This mug is unusual being only half pint in size. It is marked 'Farmers Arms B&L' – (Burgess & Leigh (B & L Ltd., Burslem) 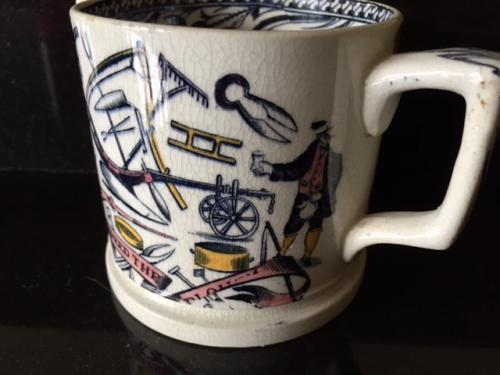 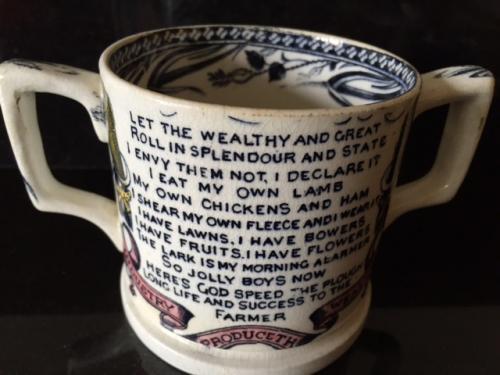 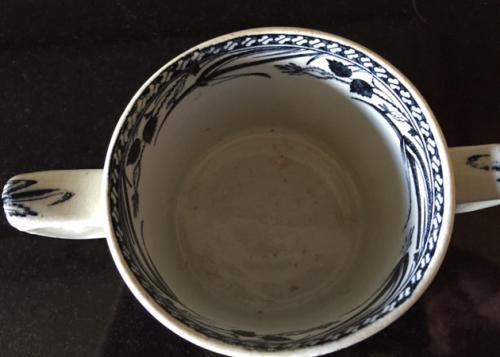