These tools were used to hand thresh the sheaves of corn in the flailing barns. They were known as a 'Stick and a half' in Suffolk. They were often used by 3 men working together and to special rhythmic movements.

Flails are getting harder to find as they literally took such a beating and were only later used for sometimes threshing peas. This Flail has blacksmith made swivel fittings. Ideal display for an old barn. 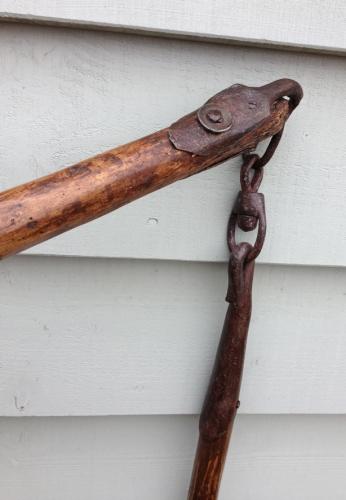 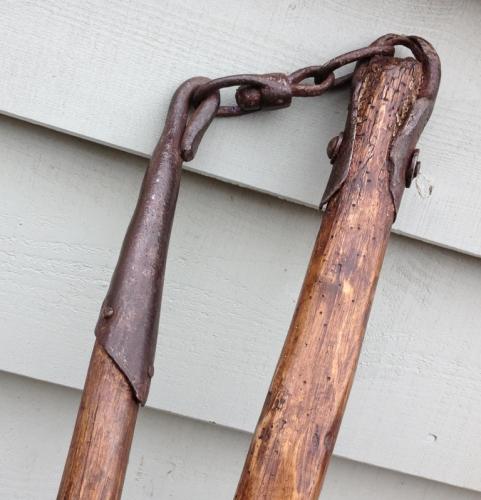